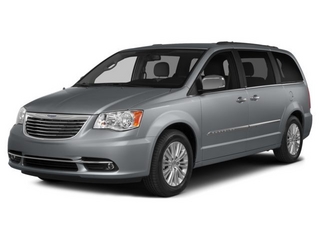 You are here: Home / Funny Stories / Does The Minivan Make the Mom?

I’m curious.  What do you moms out there drive?

The typical stereotype for moms is the minivan.  If you wanna be one of those soccer moms that passes out the orange wedges at the end of your child’s game you gotta have a minivan. Right? You know like this:

But what if you are not into that kind of car?  Can you be a good mom without a minivan?  What about SUVs or trucks?  Are they the better choice for moms?  You can pack a lot of stuff in those vehicles.

I have to admit that I am a minivan mom.  Let me explain why I have one.

Before we had the minivan, we had a small 4 door sedan.  When child #3 came along, we just had to make-do with the small car because we did not have enough to get something bigger (we like to pay for our cars in cash instead of take out loans for them).  I had to order an extra small car seat for Baby Girl just so that I could fit all 3 kidlets in the back–so we had 1 booster seat, a toddler car seat, and the infant seat.  Ugh.  Baby Girl was supposed to be in the middle, because it was the safest for her as the infant, and Sweet Tween and Little Son were on each side.  Getting into the car each morning to take kids to school was a HUGE ORDEAL.

With diaper bag on one arm, and baby seat on the other (with Baby Girl already strapped in) I had to open the car door.  You think opening a car door is not a big deal until you have toddlers and infant carriers in your arms.  Not only do you have to keep the door from banging the car next to you, but you have to keep it from knocking your child down too.  And to add to that, I did not have keys that beeped and unlocked the door.  I had to ACTUALLY STICK the KEY IN the front door and TURN IT, then open the back door . . . all the while not taking my eyes off Little Son who was bound to run out into the street at any moment.

After getting the door open, they had to enter in a certain order, single file.  First was Sweet Tween (she was 6 at the time).  She was the furthest away from the driver’s seat because she could usually buckle her own seat belt and needed less help.  Next, I would heft Baby Girl who was strapped into her carrier already over the toddler carseat–all while still keeping my eye on Little Son so I could catch him in case he darted out into the road.  Little Son was last.  He was at the age that HAD to to climb in BY HIMSELF and it would take about 5 minutes for him to do so as he would get distracted and start looking for Cheerios under his seat.  Finally, after buckling him in, I could shut their door and get myself in.

It’s a wonder I EVER went anywhere.

Finally we were able to get enough to buy a bigger car.  I have to say that when I saw how the minivan’s doors slid open automatically AND the door unlocked by itself all with the push of a button, I felt a huge rush of freedom sweep over my entire body.   I. WAS. SOLD.  I envisioned getting in the car like regular people–you know where you just open the door and get in.  My Man grumbled a little about getting one.  He didn’t want to be the “guy with a minivan”.  He wanted a truck.  But I think in the end he saw how much joy the automatic doors brought to my life that he even started to like it himself.

So that is why we have a minivan.  What kind of car do you have and why?  Please leave me a comment and TELL ME. 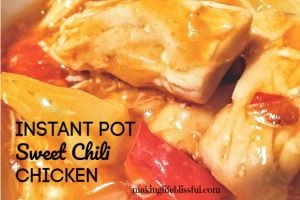 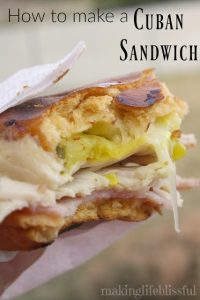 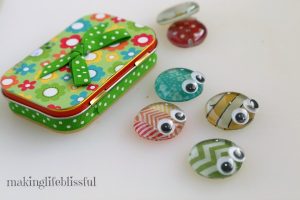