You are here: Home / Hard Days / The Chocolate Milk Fib
Baby Girl lied to me yesterday.  Okay, it was more like a fib (it seems to harsh to say that a sweet 5 year old is a liar).

We were having scrambled eggs for breakfast, something Baby Girl detests.  She’ll plug her nose and say, “Ewww! They stink!”.  But I make her at least eat some eggs, because I don’t run a restaurant and like us to all eat what’s on the menu for the day.  So she’ll put the tiniest bite of egg in her mouth and then CHEW and CHEW and CHEW it until it is completely dead and tasteless in her mouth.  And finally with one painful gulp, she’ll swallow it down.  Five minutes later, one bite has gone down.
We were also having chocolate milk that day, which is a rarity at our house mostly because I could easily drink the whole jug of it by myself in one day.  Everyone loves chocolate milk! (Except My Man, but that’s a whole blog post in itself of how I can be married to a non-choc-a-holic).  If I know I’m having a meal that my kidlets don’t really like, I try to add in something that they do like.  So we had chocolate milk for breakfast too.
Breakfast was almost over.  Baby Girl had already downed her chocolate milk and was working on bite #2 of her eggs when she asked for more chocolate milk.  I told her she had to eat one more bite of eggs before she could have it.  I helped her scoop a nice healthy bite into her mouth and then left to clear dishes.
Only 30 seconds later, Baby Girl came to me and said, “Mom, I ate it.  Can I have more milk now?” She opened her mouth and showed me its emptiness.
“Hmmm . . . ” was my reply.  I had hidden enough lima beans from my parents during my childhood to know something was up.  “Did you spit out the eggs in the garbage?” I asked.
Guilt took over her hopeful face, but she admitted it right away. “Yes,” she said woefully.  Baby Girl then led me to her bedroom and showed me the blob of scrambled eggs in her trash can.
What to do now?  Why is parenting always on-the-spot?  She fibbed, but she also admitted it right away.  So it’s like she was dishonest and honest all in the same breath.  Part of me wanted to just forget it and give her the milk.  BUT I wanted to make sure she understood how important it is to be trustworthy.  So I decided to talk to her.
I sat her down and told her how it made me sad when she didn’t tell me the truth at first.  That when she lies it makes it so I don’t believe her about other stuff too.  “Do you want Mommy to believe the things you tell me?”  She nodded and tears filled up her big hazel eyes.  I then explained that she made a good choice when she confessed right away, but it was wrong to lie in the first place.   AND THEN THIS WAS THE HARD PART:  I had to tell her that because she didn’t eat her bite of egg like we agreed (and by then the table was cleared) she could NOT have anymore chocolate milk that day.   I had to give her an unpleasant consequence for her choice though so she could learn.  She cried softly and it tugged my heartstrings.  I then hugged her for a long time, told her I loved her, and then promised we could still play dollhouse together as usual.  It was seriously like a Full House episode.
Does anyone else have this much drama over little things like chocolate milk?!?! 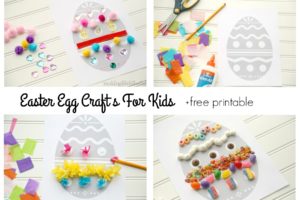 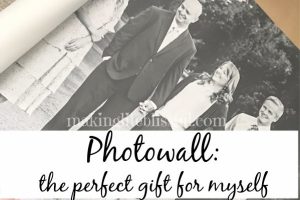